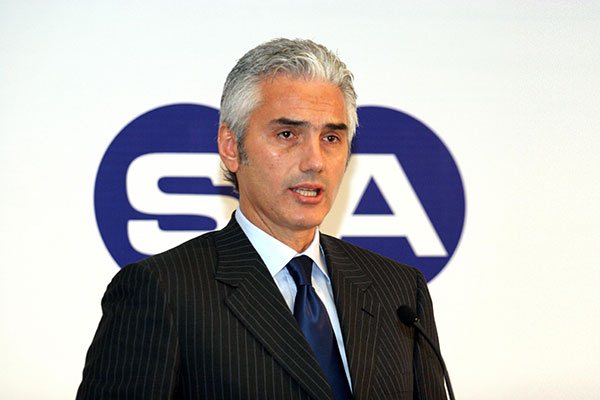 Sabancı Holding is restructuring in retail branch. Former Teknosa General Manager Mehmet Tevfik Nane was appointed the General Manager of Carrefoursa, Sabancı Holding – Carrefour partnership. Until the share transfer transaction is approved, Nane will serve as the Carrefoursa Executive Board Consultant starting from 1 July 2013 in order to ensure that a smooth and successful transition to the new management is achieved.

Sabancı Holding Retail and Insurance Group President Haluk Dinçer made the following statement regarding the matter: “I believe the leadership, excitement and dynamism to be brought by the restructuring in retail branch will lead our companies to greater success. As Sabancı Holding, we are primarily restructuring the strategy and organization of Carrefoursa. In this process we entrusted the General Management position to Mehmet Tevfik Nane, who has been leading Teknosa to greater success every year and making our company a source of pride within our Group and in whom we have great confidence at his new position.”

“In Teknosa, the Mehmet Necil Oyman, who has been working for 13 years in the Sabancı Group and for 6 years in Teknosa replaced Nane as the General Manager of the company. Under his leadership, Teknosa will continue its path with the same determination and excitement and add upon its previous success and carry the company further with the “Next Generation Teknosa” slogan.

“Nevgül Bilsel Safkan has been appointed General Manager of Kliksa, our newest addition to our group for which we have great expectations and dreams. Previously, Safkan has worked at Teknosa for seven years. I believe Kliksa will gain considerable competitive power under her leadership and achieve the high performance level which is targeted.

Mehmet Tevfik Nane graduated from the Department of Political Science and International Relations at Boğaziçi University in 1990. He received his Master’s Degree in International Banking and Finance Department at Heriott-Watt University in 1993, and joined the Harvard Business School Executive Manager Doctorate Program in 2013. Mehmet Tevfik Nane, who has been the General Manager of Teknosa since 2005, has worked as the Deputy Chairman of the Board of Directors of Teknosa between 2000 and 2005. Nane, who has worked at various positions in Türkiye Emlak Bankası, Demirbank and Demir Yatırım has worked as the Deputy President of Planning and Business Development Department, Director of Retail Group and Secretary General of Sabancı Holding after he joined the Sabancı Group. 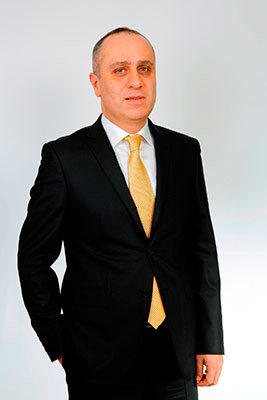 Mehmet Necil Oyman graduated from Istanbul University, at the Department of Econometrics in 1995. He received his Executive MBA degree from Sabancı University in 2008. Mr. Oyman started his professional career as a Sales Manager at Ericsson Turkey in 1999. He later served as Manager of Foreign Markets at Ericsson Turkey. He joined our Group as the National Sales Manager at Danonesa in 2001 and worked as Sales Director at Gıdasa between 2004 and 2007. IN 2007 Mr. Oyman was appointed the Sales Group Director at Teknosa İç ve Dış Tic. A.Ş.. He later became the Sales Director and was appointed the Sales Deputy General Manager in 2013.

Nevgül Bilsen Safkan graduated from Istanbul University, Department of Business Administration in 1993 and completed her Executive MBA at Boğaziçi University in 2003. She started her professional career in 1993 as an Audit Assistant at Arthur Andersen and later worked as Financial Controller at Karma International between 1995 and 1999. She also worked as Director of Finance at Superonline between 1999 and 2004, and Director of Finance and IT at Paxar Turkey between 2004 and 2005. Safkan joined the Sabancı Group as the Finance Director of Marsa Kraft Foods Sabancı Gıda San.ve Tic. A.Ş. and was appointed the Finance Director at Teknosa İç ve Dış Tic. A.Ş. She was made the Deputy General Manager in charge of Finance (CFO) in 2009.